What is "WAR OF THE ROCKETMEN?"

During World War II, they were a secret squadron protecting the skies of America from spies, saboteurs and other agents of destruction. They employed a top secret technology that allowed a man to defy gravity with the aid of a futuristic jetpack. They were the ROCKETMEN, and theirs was a battle that no history book has yet to record. But when a band of fliers armed with a similar Nazi technology threatens to invade the U.S.A., a secret war ensues that threatens freedom and democracy. And as airmen take to the skies to stage this battle of the millennium, thus begins the...WAR OF THE ROCKETMEN!

Welcome to the world of "WAR OF THE ROCKETMEN!" It is inspired by the old Republic serials of the thirties and forties, and the many rocket-powered comic book, TV and movie heroes over the years in the vein of COMMANDO CODY and Dave Stevens' astounding "ROCKETEER."

"WAR OF THE ROCKETMEN" is a concept that takes the flying jetpack-equipped hero in a bold new, expansive direction.

"WAR OF THE ROCKETMEN" is a proposed ANIMATED series that will be wholly financed by crowd-funding, with a campaign that has begun on INDIEGOGO.
"WAR OF THE ROCKETMEN" is the new, ORIGINAL creation of JOHN SEMPER JR., an Emmy nominated veteran of over thirty years in the animation business as a writer/producer and show-runner. Perhaps his most famous TV show was "SPIDER-MAN: THE ANIMATED SERIES" (1994) for which he was head-writer and producer.

To that end, Mr. Semper has enlisted the talents of the entire core cast of "Spider-Man: The Animated Series," who have all agreed to participate in this series as well. This includes CHRISTOPHER DANIEL BARNES, ED ASNER, SARATOGA BALLANTINE, JENNIFER HALE, GREGG BERGER, RODNEY SAULSBERRY, GARY IMHOFF, and PATRICK LABYORTEAUX!

It will take you right to the Indiegogo Crowd Funding Page for "War of the Rocketmen!" 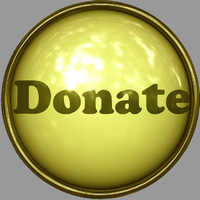